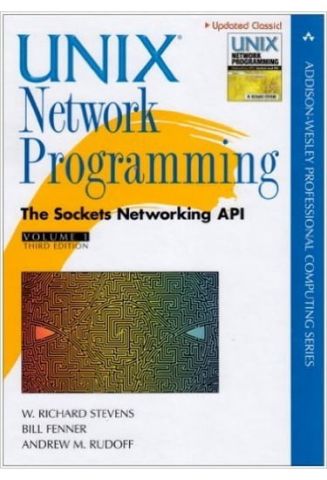 This is THE guide to UNIX network programming APIs. Whether you write Web servers, client/server applications, or any other network software, you need to understand networking APIS-especially sockets in greater detail than ever before. You need UNIX Network Programming, Volume 1, Third Edition. In this book, the Authors offer unprecedented, start-to-finish guidance on making the most of sockets, the de facto standard for UNIX network programming with APIs - as well as extensive coverage of the X/Open Transport Interface (XTI).

"Everyone will want this book because it provides a great mix of practical experience, historical perspective, and a depth of understanding that only comes from being intimately involved in the field. I've already enjoyed and learned from reading this book, and you will surely too."

Building on the legendary work of Richard W. Stevens, this edition has been fully updated by two leading network programming experts to address today's most crucial standards, implementations, and techniques. New topics include: