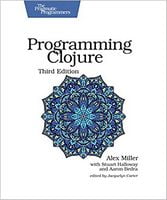 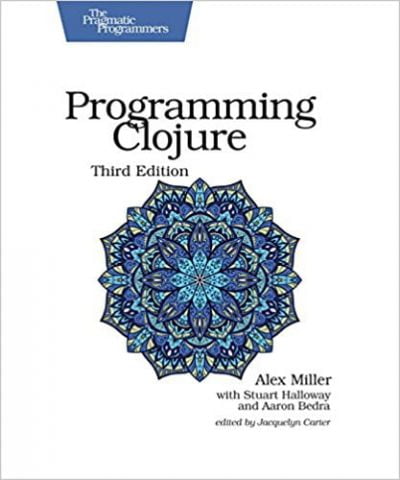 Drowning in unnecessary complexity, unmanaged state, and tangles of spaghetti code? In the best tradition of Lisp, Clojure gets out of your way so you can focus on expressing simple solutions to hard problems. Clojure cuts through complexity by providing a set of composable tools--immutable data, functions, macros, and the interactive REPL. Written by members of the Clojure core team, this book is the essential, definitive guide to Clojure. This new edition includes information on all the newest features of Clojure, such as transducers and specs.

Clojure joins the flexibility and agility of Lisp with the reach, stability, and performance of Java. Combine Clojure's tools for maximum effectiveness as you work with immutable data, functional programming, and safe concurrency to write programs that solve real-world problems.

Start by reading and understanding Clojure syntax and see how Clojure is evaluated. From there, find out about the sequence abstraction, which combines immutable collections with functional programming to create truly reusable data transformation code. Clojure is a functional language; learn how to write programs in a functional style, and when and how to use recursion to your advantage. Discover Clojure's unique approach to state and identity, techniques for polymorphіsm and open systems using multimethods and protocols, and how to leverage Clojure's metaprogramming capabilities via macros. Finally, put all the pieces together in a real program.

New to this edition is coverage of Clojure's spec library, one of the most interesting new features of Clojure for describing both data and functions. You can use Clojure spec to validate data, destructure data, explain invalid data, generate and large numbers of tests to verify the correctness of your code.

With this book, you'll learn how to think in Clojure, and how to take advantage of its combined strengths to build powerful programs quickly.

Alex Miller was about to give up on programming as irretrievably complex when he found Clojure, which renewed his love for code. Alex works by day on improving Clojure and spends off his hours organizing the Strange Loop and conference playing music with his kids.

Stuart Halloway is a founder and president of Cognitect (formerly Relevance). He is a Clojure committer, and a developer of the Datomic database. Stuart has written a number of books and technical articles. Of these, he is most proud of Programming Clojure.

Aaron Bedra is CTO and CSO at Eligible. He is the creator of Repsheet, an open source threat intelligence toolkit, and a frequent open source contributor. He enjoys sharing password with his friends and family and wearing questionable hats.