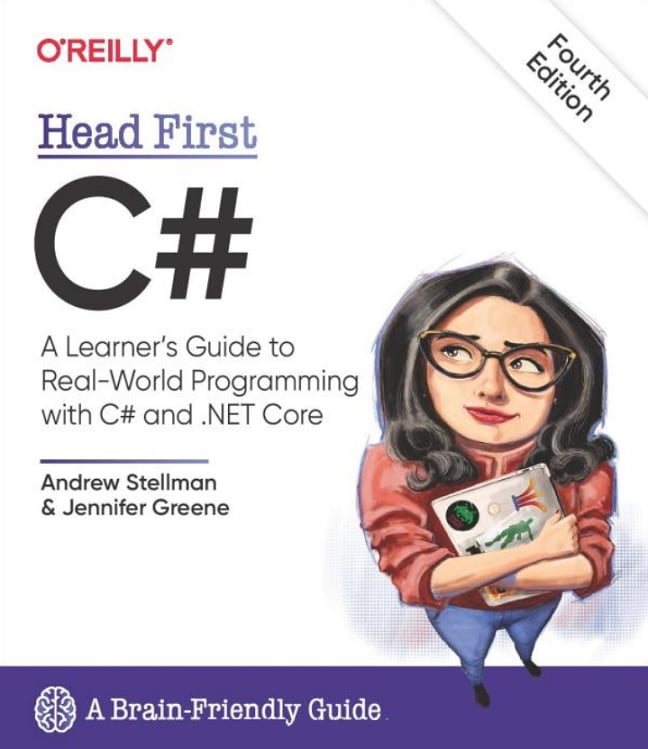 What will you learn from this book?

Dive into C# and create apps, user interfaces, games, and more using this fun and highly visual introduction to C#, .NET Core, and Visual Studio. With this completely updated guide, which covers C# 8.0 and Visual Studio 2019, beginning programmers like you will build a fully functional game in the opening chapter. Then you'll learn how to use classes and object-oriented programming, create 3D games in Unity, and query data with LINQ. And you'll do it all by solving puzzles, doing hands-on exercises, and building real-world applications. By the time you're done, you'll be a solid C# programmer--and you'll have a great time along the way!

What's so special about this book?

Based on the latest research in cognitive science and learning theory, Head First C# uses a visually rich format to engage your mind rather than a text-heavy approach that puts you to sleep. Why waste your time struggling with new concepts? This multisensory learning experience is designed for the way your brain really works.

Andrew Stellman, despite being raised a New Yorker, has lived in Minneapolis, Geneva, and Pittsburgh... twice, first when he graduated from Carnegie Mellon's School of Computer Science, and then again when he and Jenny were starting their consulting business and writing their first book for O'Reilly.

Andrew's first job after college was building software at a record company, EMI-Capitol Records-which actually made sense, as he went to LaGuardia High School of Music & Art and the Performing Arts to study cello and jazz bass guitar. He and Jenny first worked together at

a company on Wall Street that built financial software, where he was managing a team of programmers. Over the years he's been a vice president at a major investment bank, architected large-scale real-time backend systems, managed large international software teams, and consulted for companies, schools, and organizations, including Microsoft, the National Bureau of Economic Research, and MIT. He's had the privilege of working with some pretty amazing programmers during that time, and likes to think that he's learned a few things from them.